The Nubians were the most ancient of African civilizations and among its most successful. They conquered Egypt, stymied Rome, and grew rich as merchants and mercenaries. Their men built cities. Their women led battles. And their descendants survive today.

Remember when your  grade-school teachers taught you all about the Black Africans who ruled Egypt for a hundred years?

They called themselves Nubians. And many, many centuries later,  they still do. 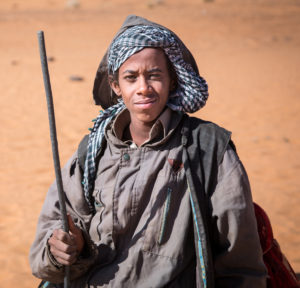 Nubia encompasses what today is southern Egypt, Sudan and Ethiopia. It is the home of Africa’s earliest Black culture and kingdoms. Some researchers trace it back  as far as 3100 BCE.

Perhaps the best-known of the Nubian kingdoms was Kush. It’s the one that conquered ancient Egypt and ruled over it for a century. It was their rule that produced Egypt’s Black pharaohs.

SAY THEIR NAMES
They had names like Piye, Shebitku, Shabaka, Taharqa and Tantamani. And their capital was not Cairo, but Memphis, about 15 miles to the south.

When the Assyrians ultimately forced them out of upper Egypt, they made their capital on the east bank of the Nile River at Meroë, about 150 miles north of Khartoum, the capital of present-day Sudan.

There, they stood for another 900 years. But they still maintained territory in what is now southern Egypt.

The ancient Greeks had another name for Kush. They called it Ethiopia.

Potters. Cattlemen. Hunters. Fishermen. Farmers. Miners.  It seemed they could do a little of everything, and everything they did brought them wealth.

In addition to the food crops they grew,  the Nubians traded in the luxury goods of their day — things like gold, ebony, ivory, incense,  animal skins. 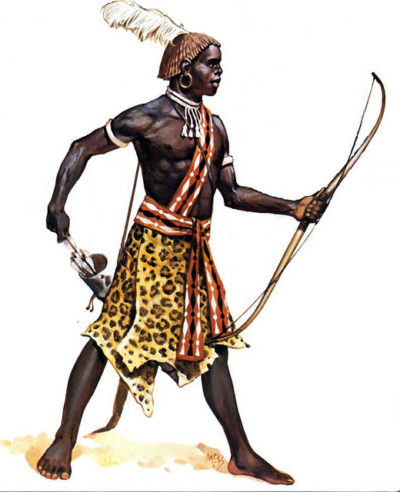 Nubian high-ticket  items found their north through Egypt and across the Mediterranean.

Rich, they were. Soft, they were not. Theirs was a complex history of wars and campaigns, conquests and calamities.

SHOOT YOUR EYES OUT
Today, I guess we’d call them “contractors.” By any name, these boys were badass.

They didn’t just shower opponents with arrows and hope for the best. A Nubian archer not only could target an individual, but choose which eye to shoot him through. Even from horseback.

When a Roman army invaded Kush, the Nubians,  led by a queen,  Amanirenas, shot them to pieces.

The fighting went on for years and cost Amanirenas an eye, but try as they might, the Romans could not get past her or or Nubian soldiers.

Many years later, when Muslim Arabs tried to invade their territory to convert them to Islam, volleys of well-placed Nubian arrows changed their minds. 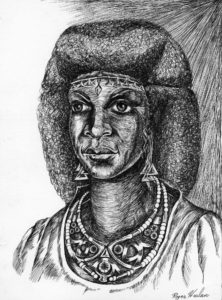 The Nubians amassed enough wealth, technical knowledge and organizational skill to build cities, temples, and their own royal pyramids — especially in Meroë. They are considerably smaller than the grandiose Egyptian pyramids at Giza, but there are a lot more of them.

Egyptian president Anwar Sadat, the man who made peace with Israel and paid for it with his life, was a Nubian.

MODERN STRIVERS, MODERN STRUGGLES
This may sound like a Hollywood film fantasy, or the dream of some militant pan-Africanist, but it’s all true. One of those many huge pieces of history that were left out of our education.

Today’s Nubians still farm, but many work in Egyptian cities. Most have converted to Islam, or practice a blend of Muslim and their own traditional beliefs.

Modern times have not been kind to the Nubians.  Many feel discriminated against in today’s Egypt. When Egypt built the Aswan High Dam on the Nile to generate energy, the people whose land they chose to flood — along with their farms, grazings lands and towns — were the Nubians.

But as they did against the Romans, Arabs and others, they endure.

Modern-day Nubian culture lives on in southern Egypt and northern Sudan — and those are the best places to experience it for yourself. 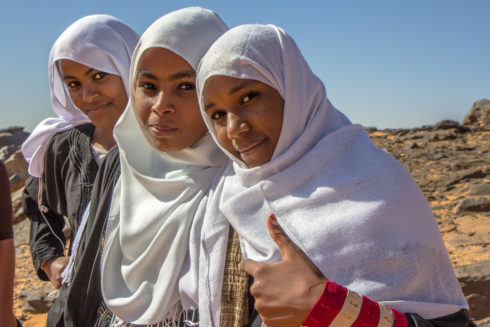 Tours are available through Trips by Greg that give visitors a chance to meet and interact with today’s Nubians, including a lecture from an Egyptologist expert in Nubian history and dinner at Nubian House, the first Nubian-owned property in greater Cairo.

There also are guided tours available to the ancient ruins of Meroë, tours that are gradually becoming popular with Sudanese who only now are starting to get in touch with this fascinating chapter of their own history.

And since President Trump earlier this year dropped Sudan from the official list of countries accused of sponsoring terrorism, these tours should now be more readily available to Westerners, as well.

DID YOU KNOW?
The name Candace derives from the Nubian word Kandake. It means “queen.”